Thompson Hotel developer: ‘The wait is coming to an end,’ but opening has been delayed

Work crews are currently on site constructing the luxury hotel that has been in the planning stages in one form or another since 2006. It takes up half a city block.

A major hotel project that’s the subject of frequent criticism in the city is still under construction, its developer said this week, but won’t open in December as previously hoped.

According to Donald Braun, president of Hall Group, a Dallas-based commercial real estate development company managing the Thompson Hotel project – formerly named the Andaz Hotel — the first 100 rooms should open in the spring of 2023, with final completion coming in July 2023. Signage at the project states that it would open in December of this year.

“We’ve been working really, really hard on this project,” Braun said Tuesday. “This has been a high priority for our company. But you’re right, there have been some delays.”

The development, which includes ground floor retail space, is located at the key intersection of North Palm Canyon Drive and East Alejo Road, taking up half a city block. It is one of multiple hotel projects that have long been stalled and under development in the city, drawing the ire of residents and city officials alike.

In March of 2021, the city notified all the hotel developers — including those from the Orchid Tree, Dream Hotel, Andaz/Thompson Hotel, and TOVA hotels — of its intent to seek judicial relief if the developments were not re-commenced or their nuisances otherwise abated.

In the case of the Thompson Hotel, it was initially taken up by Newport Beach-based Rael Development Corp and approved by the city in the fall of 2006. Construction happened in fits and starts, delayed first by the 2008 recession, and then by what Braun would only refer to as general construction issues.

Hall Group operates a sister business that lends to commercial real projects. After lending money to the project, Hall Group took over the management of it in March of 2020.

Braun said that earlier estimates of the hotel opening at the end of 2022 have been delayed by supply chain issues, the COVID-19 pandemic, and the difficulty of taking up and completing a half-finished project.

“From a construction standpoint, taking on a project that’s partially completed is harder than doing it from a greenfield, ground up development,” Braun said.

Although his company has hit some delays, Braun said that the project is progressing at about the same speed as similar projects. Work crews are currently on site, constructing the 168-room luxury hotel, with space for restaurants and retail.

“We understand that there’s been a lot of wait relative to this project, but we’re excited and we think it’s going to be a great project,” Braun said. “The wait is coming to an end.”

The Palm Springs Planning Commission is set to consider an extension of a permit to begin construction at The Orchid Tree property off Belardo Road Wednesday evening.

The owner of the Orchid Tree Inn, Richard Weintraub, first brought the concept of creating the Orchid Tree Resort and Spa to City Hall in 2014. Weintraub has received multiple extensions to delay significant work at the site since then, including one extension granted last year.

Selene Palm Springs LLC, the developers of The Dream Hotel and Residences, submitted an amendment to their own permit to the city’s Department of Planning Services last month. The permit asks for permission to add more units to the project and redesign other units.

The department is currently evaluating the application, according to David Newell, the city’s assistant director of planning. 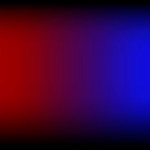 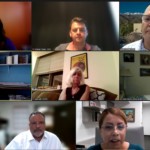 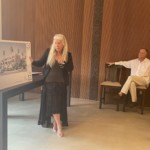 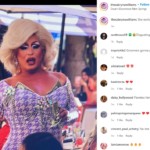 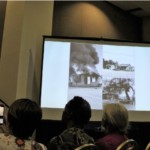