When you think about climate change, you most likely envision ice shelves dramatically tumbling into the sea or rising waters making parts of the coasts uninhabitable. The desert will be impacted as well, but the signs won’t be so dramatic.

Driving the news: A Climate Change Vulnerability Assessment presented to The Palm Springs Sustainability Commission Tuesday evening laid out what we’re most likely to deal with in the Coachella Valley in the not-so-distant future. Its core findings – including who is most at risk — should come as no surprise.

Bigger picture: Palm Springs and Riverside County are in severe drought conditions and depend on water from the Colorado River. The river has been making national headlines the past few weeks as more dire reports come out about its depleted reserves.

Why it matters: The report was prepared to meet a state requirement to include a Vulnerability Assessment in the city’s Safety Element in order to help prepare for and mitigate the effects of climate change.

What they’re saying: Residents who spoke at the meeting mentioned the urgent need for more and safer bike routes as well as more efficient buses to encourage car-free transportation. 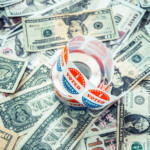 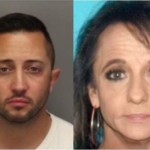 Report: No charges for PSPD officer present in condo when man was fatally shot