Should Palm Springs officials reject a plan to convert the golf course to land for housing, any appeal would be decided by the Agua Caliente Band of Cahuilla Indians Tribal Council. It may be the first time that has happened.

The city may not have the ultimate say in what becomes of the dormant former Tommy Jacobs Bel Air Greens golf course, despite the wishes of neighbors and a local environmental group hoping to stave off development of the property.

Driving the news: During an initial review of a plan to convert the 35-acre former golf course off El Cielo Road to land for housing Wednesday evening, the Palm Springs Planning Commission heard from city staff that the ultimate decision may be made by the Agua Caliente Band of Cahuilla Indians.

Why that matters: One of the owners of the property who spoke Wednesday during a public comment period reiterated statements he made in May that the tribal members want housing on the property and not open space, as pushed for by Oswit Land Trust and others.

Next steps: Wednesday’s Commission review came in the form of a study session. Ultimately, a formal application will need to be submitted to convert the land from open space — as designated in the city’s General Plan — to land that can be subdivided into lots for housing.

At issue: During review of an initial site map for the would-be subdivision, most members of the Planning Commission balked at what they saw. The plans call for far less than 50% of the land to be set aside for open space, as required by the city’s golf course conversion ordinance.

Bottom line: Sensing that no matter what the city may decide the tribal leaders will ultimately side with the tribal owners, at least one commissioner sought possible compromise. 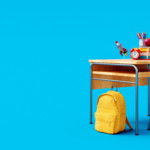