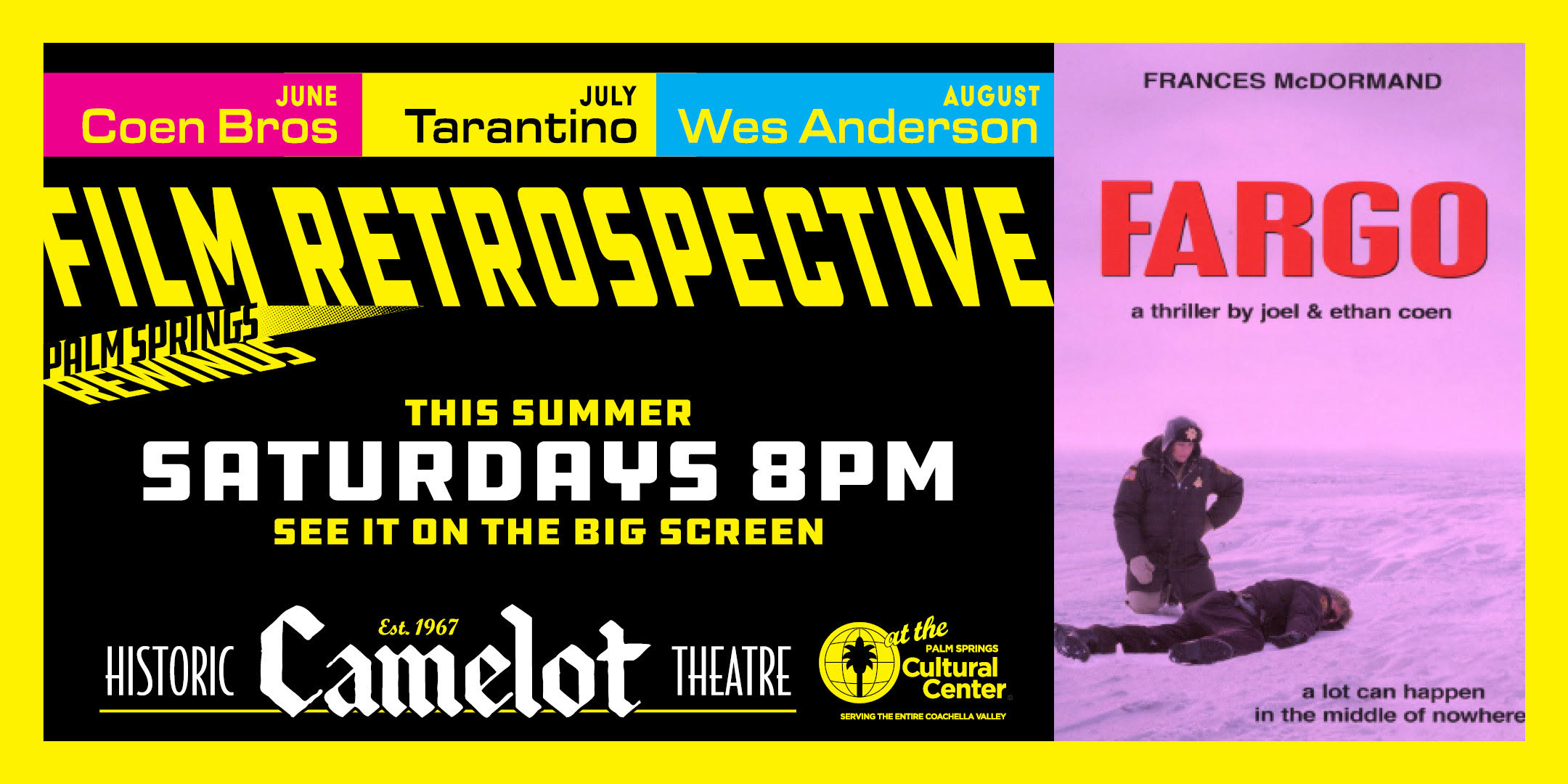 Palm Springs Rewinds is a summer-long film retrospective featuring the must-see films of three acclaimed contemporary directors.
This summer experience the definitive films of three of the most innovative directors working in Hollywood today at the Historic Camelot Theatre. Featuring the Coen Bros in June, Quentin Tarantino in July, and Wes Anderson in August. Behold beloved classics like The Big Lebowski, Pulp Fiction, and The Royal Tenenbaums on one of the largest screens in the Coachella Valley.The bar opens ninety minutes before showtime, so come early to chat about all things film with fellow movie lovers. Drink specials available.
June 11th – Fargo (1996)
Jerry (William H. Macy), a small-town Minnesota car salesman is bursting at the seams with debt… but he’s got a plan. He’s going to hire two thugs (Steve Buscemi and Peter Stormare) to kidnap his wife in a scheme to collect a hefty ransom from his wealthy father-in-law. It’s going to be a snap and nobody’s going to get hurt… until people start dying. Enter Police Chief Marge (Frances McDormand), a coffee-drinking, parka-wearing – and extremely pregnant – investigator who’ll stop at nothing to get her man. And if you think her small-time investigative skills will give the crooks a run for their ransom… you betcha!
+ Add to Google Calendar