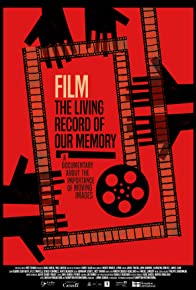 Why are we still able to watch moving images captured over 125 years ago? As we move ever further into the digital age, our audiovisual heritage seems to be taken increasingly for granted. However, much of our filmed history and cinema has already been lost forever. Film archivists, curators, technicians and filmmakers from around the world explain what film preservation is and why it is needed. Our protagonists are custodians of film whose work behind the scenes safeguards the survival of motion pictures. It is a task they undertake based on their closely held belief in the artistic and cultural value of the moving image, in tune with a shared mantra that a film might one day transform someone’s life. This documentary is an homage to them all and sheds some light on their critical undertaking.
“A deep dive into the world of film archives and individual archivists, this film tracks the history of film preservation from its nascent stages, when the very notion was thought frivolous, to the present day when organizations like the BFI maintain vast facilities lined by row upon row of film cannisters. The archivist’s gift and ambition – to unearth lost treasures to expand the film canon and uncover obscure histories – is highlighted by glimpses of recent prize discoveries, such as Mother Dao and directors like Albert Samama Chikli and Germaine Dulac (any hungry film fan will want to set about hunting them down).” — Sunil Chauhan, Eye For Film

Covid Restrictions:  Photo ID, Proof of full vaccination including booster shot,  Seating is socially distanced.  Please allow 2 empty seats between you and another party and do not sit directly behind anyone.