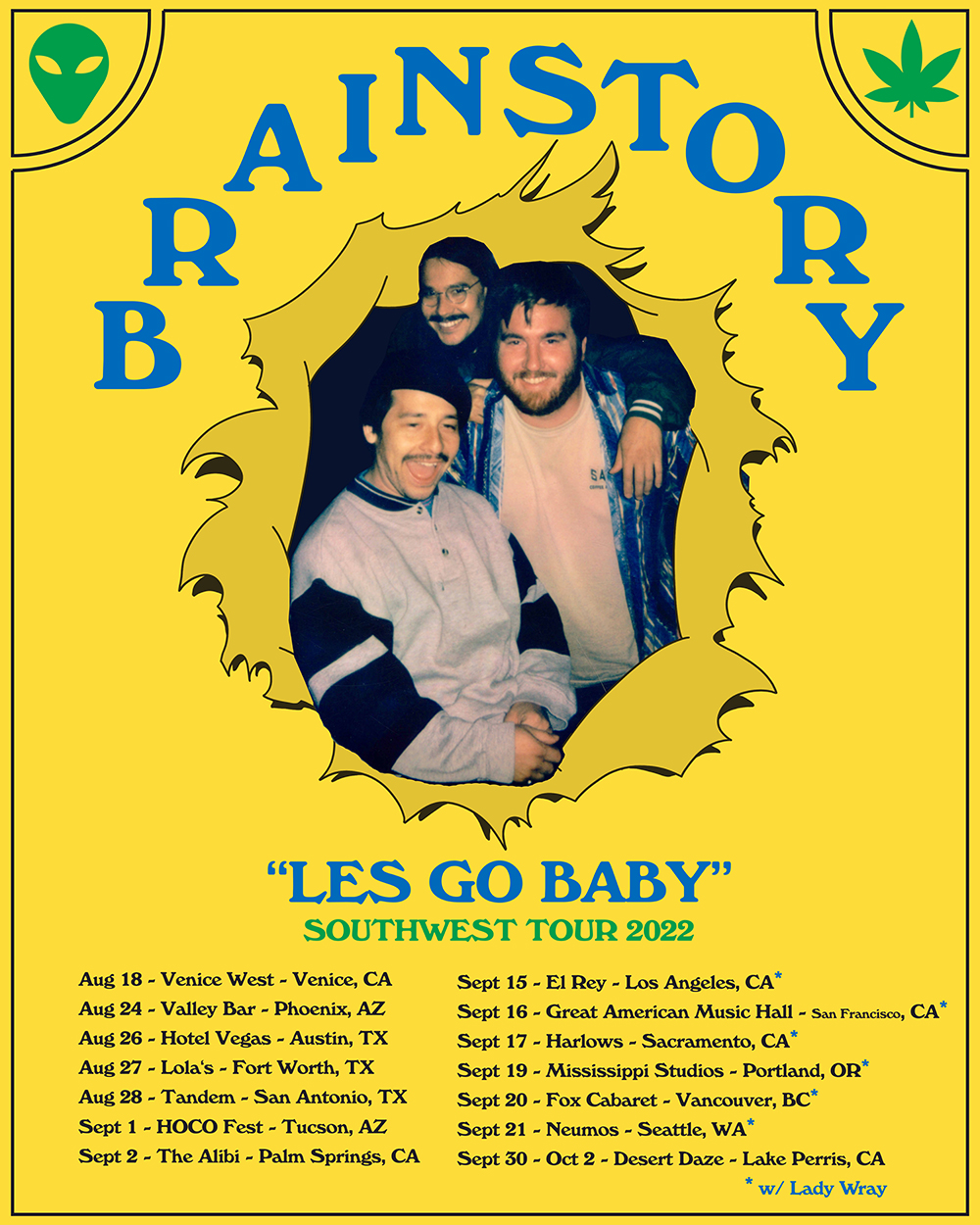 Brainstory is the brothers Kevin and Tony Martin (on guitar/vocals and bass, respectfully) and Eric Hagstrom (drums)—but all three of these raw, sensitive California dudes are family.

Inspired and conceived in California’s Inland Empire, these three found each other through the common denominator of jazz. With no real music scene to speak of in the IE, Kevin and Eric landed in music school (where they initially met) while Tony left for San Francisco to study jazz bass the more traditional way—gig after gig. By the mid-2010s, the group was in Los Angeles.

Kevin, Tony, and Eric have evolved into something seemingly bigger than the self-released EPs and opening acts of their past. But don’t limit them as just jazz heads, although the transcendent and freeing nature of that genre is crucial to the Brainstory sound.